(StatePoint) There's an exciting career revolution taking place for those who want to call their own shots, set their own schedules and control their destinies. Say hello to the "gig economy," a booming new job market.

Nowadays more and more Americans are becoming a part of this employment shift. In fact, according to a CareerBuilder survey, 29 percent of workers have some sort of side hustle, especially millennials -- 44 percent of 25-34 year-olds and 39 percent of those between 18-24 report having a side gig. According to a Princeton University study, the percentage of workers engaged in alternative work arrangements rose from 10.7 percent in February 2005 to 15.8 percent in late 2015, while employment in traditional jobs rose by only 0.4 percent during the same period. 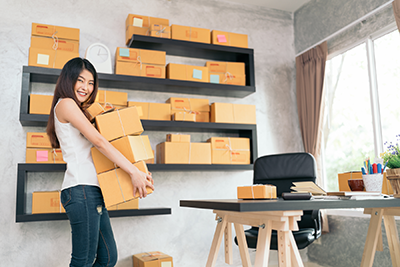 These days, being a freelancer, consultant or independent contractor might mean selling goods through a company like Arbonne or running a home-based business. Whether you're a new graduate looking for a job, a retiree looking for extra cash, or a stay-at-home parent hoping to grow your nest egg, there are many advantages to becoming part of the gig economy. Here are a few ways to cash in.

When it comes to getting paid, many times you can call the shots, setting your own hours and rates. Explore resources like the Editorial Freelancers Association to learn the going rates for writing, editing, Web design and more. And if you're working on something more technical that requires specialized knowledge, your work could be worth more; resources like BeeWits can help you calculate fair compensation online.

Avoid additional tax assessments and penalties by reporting all income received on your tax return. Do your research and talk to a certified accountant to see if you're eligible for deductions. Common deductible expenses include gas mileage, subscriptions, and tools, equipment or services used for business.

With autonomy comes responsibility. Take special care of your independence and income by planning ahead. Many personal insurance policies don't cover incidents that happen when you are being paid to do a job. However, there are options.

"Some insurance carriers offer special policies and endorsements that protect gig economy workers," says Ann Zaprazny, senior vice president of Commercial Products, Erie Insurance. "We strongly advise gig economy workers to talk with their insurance agents about their specific needs and situations before taking on risk. Without such coverages, you could be on the hook for expenses if, for example, you get into a car accident on the way to pick up a passenger while driving for a ridesharing service, or are a victim of theft when your in-home stock of LuLaRoe inventory goes missing."

Four in 10 self-employed workers don't have a retirement account, according to a survey from Small Business Majority. Opening an Individual 401(k), a Simple IRA or SEP IRA may be viable ways self-employed individuals can save for retirement. Even just stashing some money in your savings account monthly can go a long way. While it might be tempting to splurge now, the payout could be huge in the future.

Don't work hard without also working smart. Get savvy so you can maximize your earnings and protect your extra income.